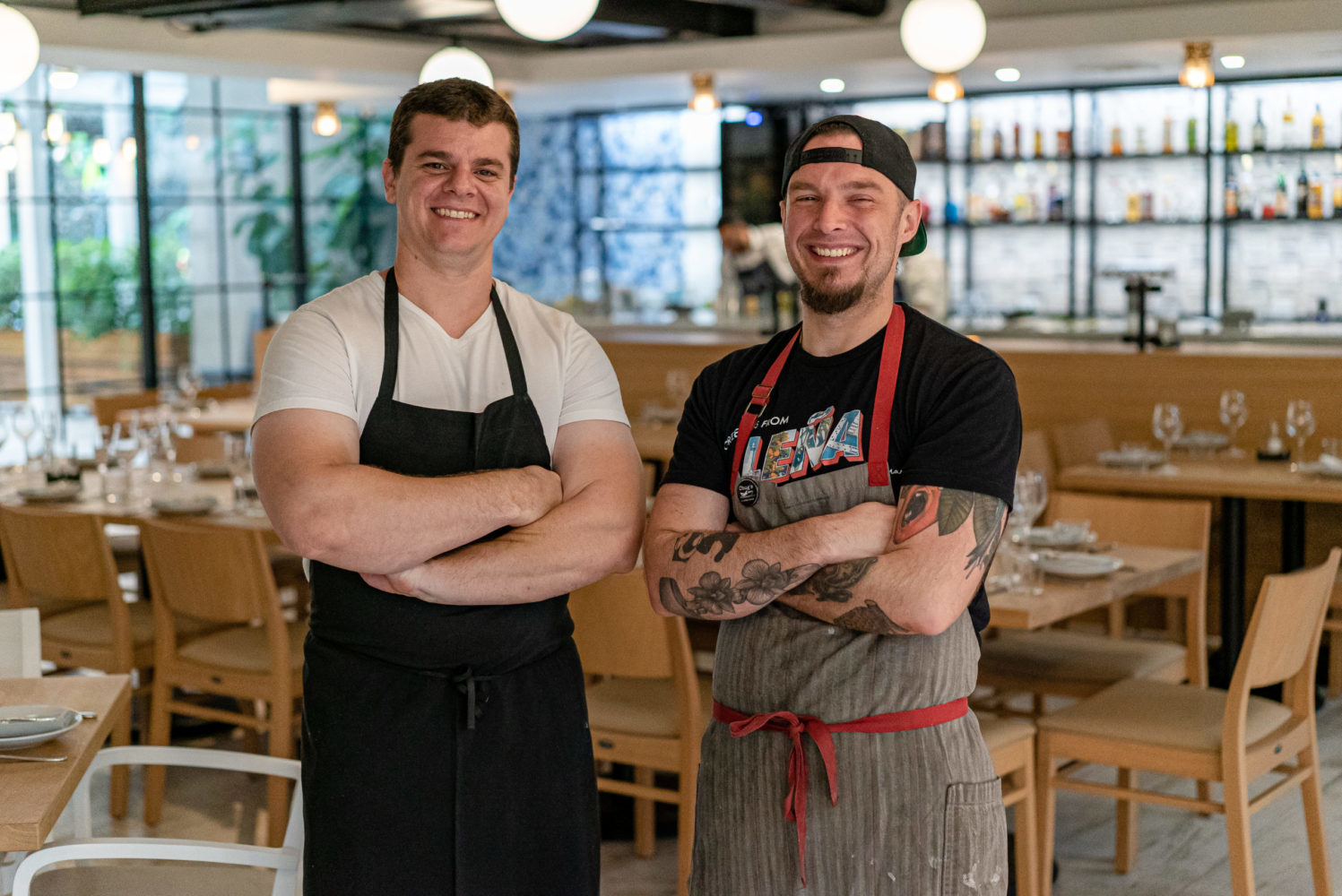 “The years of idea-refining, menu development, construction, design and countless hours the team put in has brought Navé to market. We hope our guests can see, feel and taste all of the love that went into it”

You’d be hard pressed to find anyone in Miami that lives and breathes his hometown more than Chef Michael Beltran. Passionate, creative and honest to a fault, the thirty-five-year-old Cuban American chef has watched his stock rise along with the culinary community he fiercely advocates for. The chef/owner/partner in Ariete Hospitality Group, which includes restaurants Ariete, Navé, and Chug’s Cuban Diner, and beloved watering holes The Scapegoat and The Taurus; Beltran’s concepts are the embodiment of his dream of creating a family of locally beloved restaurants and bars to suit every occasion – from a quick drink with friends to a working lunch to an unforgettable night out.

Opened in 2016, Ariete is Beltran’s love letter to his Miami. One of the city’s most dynamic concepts, Ariete is notable for innovative dishes that meld the flavors of his Cuban-American upbringing with New American cuisine. It also served to establish Beltran as a national talent who has collected impressive accolades like 2020 James Beard Foundation Awards “Best Chef: South” semifinalist, Eater’s “Restaurant of the Year,” Miami New Times “Best New Restaurant,” features in Bon Appetit magazine and multiple nods from The New York Times.

When he’s not busy coming up with new dishes or concepts for his restaurants (such as Versos Sencillos – a monthly tasting menu or the Duck Press Experience), he’s out in the community supporting other local restaurants and taking part in events to raise awareness and elevate Miami’s culinary scene on a national and global scale. Or he’s taping Pan Con Podcast, a podcast that tackles restaurant industry and Miami issues, and culture with guests that range from celebrity chefs and restauranteurs to local politicians. He also runs his PIG INC. apparel line, complete with Miami-centric clothing; certainly tapping the gene passed down from his parents’ textile business. An ardent ambassador for his city’s diverse, rich food scene, Beltran is among a group of talented young chefs who are redefining the next era of Miami dining. The talented toque continues to raise the bar with his inventive cuisine as he aims to leave a lasting impact on the Magic City’s culinary landscape.

Chef Flit took the big leap north and attended the French Culinary Institute in New York City. After graduating and completing a run as a line cook at Daniel, he returned to Florida in 2009 having secured a spot with famed chef/restaurant Michael Mina to open the chef’s Florida location of BOURBON STEAK. Proving his mettle and moving up in the ranks he relocated to San Francisco to assist in opening another BOURBON STEAK, returning to BOURBON STEAK in Aventura 2011 to take the position of Executive Sous Chef.

After close to three years Flit knew the time was right to strike out on his own and in the fall of 2014 one of Miami’s most beloved restaurants, Proof, opened its doors. In his charming indoor/outdoor space, which felt equal parts Italian trattoria and beer garden, Flit rose to prominence as one of the Magic City’s most popular and acclaimed chefs. Having mastered pasta and pizza making over his many years cooking, something Flit acknowledges was more happenstance than design, Proof quickly became known as one of the preeminent spots for Italian comfort food.

After a fabulous run, he closed Proof in 2018, joining Beltran’s Ariete Hospitality Group (AHG). And soon, what began as a Proof pop-up at The Taurus, one of AHG’s concepts, soon became a partnership resulting in the 2019 opening of Navé, which shares a gorgeous block in Coconut Grove with Ariete and The Taurus. At this seafood-centric spot, diners can enjoy a number of Flit’s pasta creations, scratch-made in a glass-enclosed, temperature-controlled pasta room as well as a globe-spanning menu founded on proper technique. In fact, Navé might be the antithesis of what Flit has been doing his entire career as the menu reads like the perfect melding of comfort and sophistication.